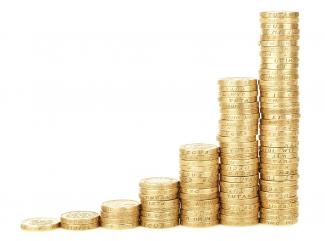 The 8th Wonder of the World

What do Albert Einstein and I have in common? Not much, really, but it is no secret that we are both amazed by one of the most basic financial concepts that allows money to grow over time. Let me explain. I saw a ‘retirement calculator’ on CNN’s website and decided to give it a whirl. Using what I would deem to be a very reasonable set of assumptions about my personal situation, desired retirement age and investment return expectations, I was immediately informed I’d never be able to retire. Apparently, according to this calculator, Jill and I will need no less than $10.8 million to retire at age 65. That number goes down to $9.5mm if I assume that 30 years from now social security will still be around for me to collect from. In case you are wondering, this staggering sum is projected to leave my boys with nothing but a couple of bucks to put us in the grown us at age 90 – no inheritance left over for them to squander. Looks like I’m screwed.

Fortunately, I know better. A quick reveal at the inputs starts to tell some of the story. For starters, my age (and resulting 30+ years to an anticipated retirement at age 65) was a critical factor. With three decades ahead, there are larger forces at work than what initially meets the eye. Compounding interest, according to Albert Einstein, “is the most powerful force in the universe.” He’s also allegedly referred to it as the “8th wonder of the world,” and for good reason. I could spend hours explaining the beauty of compound interest, but rather, I’ll let another historical figure, Benjamin Franklin, sum it up more eloquently than I ever could: “Money makes money. And the money that money makes, makes money.” While I can’t confirm whether Einstein or Franklin really said these things or not, there is no denying the truth behind the statements.

Please don’t take those comments to mean that I’m sitting here today in my 30s thinking I need over $10 million to retire, if that was the case, I have picked the wrong industry to work in, and there are many in my generation that are in for a very rude awakening as they get older. The truth is that the force of compounding over time has projected for some wildly unrealistic outcomes about the retirement spending side of the equation that was used to calculate the $10.8 million number I referenced earlier. The math itself was accurate if you extrapolate the base numbers over multiple decades – a true testament to the power of compounding - but the basic nature of the calculator did not allow for key adjustments that would have made the end result far more accurate.  Even if inflation runs rampant, I find it hard to believe that I’m going to be spending $650,000 per year at age 70 as the calculator suggests, and over $1.0mm at age 85. Problems I hope to have, but likely never will.

The moral of the story is to be cognizant about the long-term effects of inflation, purchasing power and investment returns on a financial plan – the benefits and risks are unquestionably real. The longer the road ahead, the greater the impact these factors will have on the ultimate outcome. But as with any plan, make sure your inputs are accurate. My middle school math teacher would be quick to point out the notion of ‘junk in, junk out’ in any formula based model, and that theory will continue to remain true. More important than setting initial expectations, however, is revising them along the way. Making small adjustments each year is far more effective and easier to accomplish than trying to right a ship that has drifted way off course.

To leave you with another famous quote, Einstein (supposedly) said, “he who understands [compound interest], earns it; he who doesn’t, pays it.” I know which guy I’d rather be!