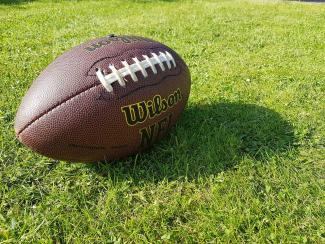 Breaking Down the Big Game

I have watched some portion of every Super Bowl dating back to the very first championship game that was aired January 15, 1967 (thank you GOOGLE for the date). This year will be no different in that I will be parked in front of the big screen awaiting history to be made. Granted, there has been some boring blowouts in past years where the winner was clearly determined early in the game. The remainder of those boring games was more about looking forward to the next Television commercial to see what interesting idea some company came up with and agreed to pay an egregious sum of money for the 30 second spot. On the other hand, there were some Super Bowl games that came not only to the final play of the game in regulation but transcended to overtime to determine the winner.

I am a NY Giants fan (I accept your condolences) so my team is doing the same thing that I do each year, watching the game from home. Even though my team of choice is not competing, I will be totally engaged in the festivities leading up to game day, all the statistics, the hype, the sport analysts’ predictions, the betting line, etc. Betting on the game was never one of my passions or desires. My gambling on the Super Bowl consisted of the office pool where you “bought boxes” in the grid and had several chances to win some cash. Usually the payout was based on the score at the end of each quarter or points scored in each quarter and then the final score at the end of the game. Oh well, one more thing of the past.

It is no secret about the amazing career of Tom Brady. At age 43, he will be making his 10th Super Bowl appearance and looking to add a 7th Lombardi Trophy to his mantle. With 6 trophies already, he has achieved more than any other player or franchise in NFL history. His post season accomplishments as quarterback (QB) are astonishing and far surpass the next closest player. Also, 9 of his Super Bowl appearances occurred during his 20 years as a New England Patriot and his 10th will be while in his first year with Tampa Bay. That into itself is amazing. The QB alone does not win a game, the complete offensive lineup to support and protect the QB are paramount. The defensive squad has their hands full in attempting to prevent the other team from scoring. Having Tom Brady at QB certainly helps.

On the opposing team you have 25-year-old, Patrick Mahomes with the Kansas City Chiefs looking to defend their Super Bowl Title. Mahomes was the Most Valuable Player in that victory. He certainly is electrifying to watch and has a strong team around him. The Tampa Bay defense will have to keep Mahomes contained and maintain pass coverage across the middle of the field and be protective of the “long ball”. His statistics are amazing in a different way than that of Brady. His youth coupled with his ability to perform and execute at a very effective level make him a constant threat. In my opinion, if he stays healthy and continues at his excellent level of performance, he may have a chance to challenge some of the records established by Brady. Only the future will tell, and Brady does have a contract to play again next year for Tampa Bay to further extend his records.

Forget all those records and accomplishments. It is the Super Bowl with the best teams competing for the championship rings. Hopefully, the upcoming game on Sunday, February 7, 2021 is a well-played, exciting game with no injuries. The commercials are fun to watch as well. Enjoy the big game.