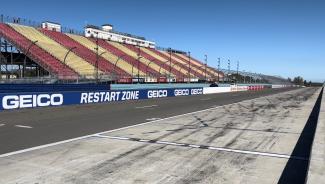 If I was to ever create a bucket list, it’s safe to assume that it would be miles long. Not that I’m one to constantly want for more, but rather, I believe this world has so much to offer that it would be almost ignorant not to recognize that fact. From international travel to culinary adventures, there is no shortage of unique and memorable experiences out there to satisfy even the most discerning individuals. Being a ‘car guy’ my list certainly has a sub-list that is entirely car centric. I drool over the thought of driving through the Stelvio Pass in Northern Italy and dream about one day attending a Formula One race. Recently, however, I was fortunate enough to check off one of my car-inspired bucket list items: driving the famous Watkins Glen racetrack, known by car junkies simply as ‘the Glen.’

Now I understand for many this may sound somewhat nonsensical. But rest assured, it’s the equivalent of a history buff visiting Rome for the first time. From the minute you enter the beautiful town of Watkins Glen, there is something special about the place. The crosswalks are painted like checkered flags, gas stations sell race merchandise and there is always a buzz around town about what is going on at the track. Situated on the south end of Seneca Lake in upstate New York, the scenery alone is worth the drive. The finger lakes of NY remind me of Italy’s lake region, with long narrow lakes flanked by dramatic mountains – and I was lucky enough to be there during foliage season. While the scenery and town were memorable in their own right, those were just an added bonus compared to the main attraction.

A purpose-built racetrack, the Glen has hosted marquee races since the 1950s, including Formula One, IndyCar and NASCAR, the latter of which still holds annual races there to this day. The signature red and yellow grandstands line the main straight, and when you’re standing there it’s hard not to imagine them filled with tens of thousands of screaming fans just like you see on TV. It is both exhilarating and intimidating at the same time.

Watkins Glen is a fast track and can be very unforgiving for those who choose to push their skills and car past the limit. Virtually the entire track is lined with the signature baby blue Armco (metal barrier), which, in many cases, is only inches from the edge of the pavement. With very little runoff and an average speed over the entire course that can be easily in triple figures, a mistake can be costly in more ways than one. But get into a groove and that is when its hard not to smile underneath your helmet, at one point I even found myself laughing out loud. It was pure fun. The track just flows in all the right ways and always leaves you with the opportunity to pick up an extra 10th of a second – if you have the guts to go for it.

This trip was a resounding success on so many fronts. We had beautiful weather, made some new friends, had a great time and I beat my time goal by over a second and a half. Now, I can use the winter to review some video and look for opportunities to improve further. I’m already thinking about round two at the Glen and can only hope that it was as memorable as my first.