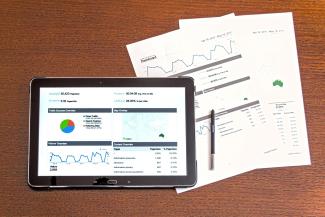 A Deep Dive: How We Got Here, How It's Going, What May Be Coming

HOW WE GOT HERE

The bumpy start to 2022 continued these past few weeks, extending a trend most investors hoped would end. As of 5/20/22, the DOW is set to close an 8 consecutive week losing streak, which hasn’t happened since 1923 (source: LPL Research). We have had several conversations lately and many have asked simply “what’s going on, why is this happening!?” That is inevitably been followed up by “how is it going today?” and “what is coming up next?” The best way I can describe what has happened is by virtue of a crude analogy, that of having too much to drink. Anyone who has ever ridden the roller coaster of the highs of a late-night bender, followed quickly by the lows of the hangover the next day should be able to relate to what our economy has gone through over the past two years. And when put in perspective, it should come as no surprise as to why we find ourselves in this position. Let me elaborate…

It all started with COVID. The federal government, specifically the Department of Treasury and the Federal Reserve (colloquially referred to as the Fed) pulled out all the stops to prevent our country from falling into a deep recession as lockdowns brought our economy to a screeching halt in the matter of weeks. During the depths of the meltdown, the Fed whipped out their Bazooka. Just when the world thought they were out of ammunition, they fired arguably their biggest shot in history – by cutting interest rates to zero and pumping liquidity and money into markets at an unprecedented (there’s that word again) rate. The old saying ‘don’t fight the fed’ was never truer, showing that they are the 800lb gorilla that can single handedly lift financial markets out of collapse. And they did, quickly.

Not to be outdone by the Fed, the sitting Presidents (Trump, then Biden) engaged the Department of Treasury to issue not one, not two, but three rounds of economic impact payments directly to qualifying Americans. Government cash was pumped directly into the hands of the most powerful force in our economy – the consumer. It worked surprisingly quick. For a period of time, Americans were flush with cash, consumer debt came down significantly, savings rates were at an all-time high (also due to the fact that discretionary spending was down due to lockdowns); the average American had never been in a better spot. Much of this still holds true today, and the financial state of the American consumer is still quite strong as I’ve pointed out in past communications – something that should help lessen the blow of what we hope to be a short-lived bear market that we find ourselves in today.

To the credit of government officials, they took swift, decisive and bold action that most would agree prevented our country from entering a major recession. Hindsight, while limited, is already showing this to have been extremely effective. Some may argue that it worked too well, however.

The party raged on through the end of 2021, and we saw the S&P 500 nearly double in value within 18 months of its bottom in March of 2020. Easy monetary policy, coupled with billions of dollars in cash infusions created a cocktail that was more potent than the jungle juice at a college frat party. We were partying like it was 1999. Markets soared, Bitcoin saw parabolic growth and an army of day traders took social media by storm, tweeting their way to quick profits by trading stock of beaten-up companies.

But like any party that went on too long, things began to get out of hand. Demand for goods and services was so high (thanks to all that cash consumers had on hand), and supply got so low (due to lockdowns, supply chain disruption, decreased manufacturing capacity and a diminished workforce) that everything started to get more expensive. If you were looking at real estate, a used car, or even a gallon of milk, you were likely paying (at least) 10% percent more at the end of 2021 than you were at the beginning of the year. These complications were further compounded by the shortage in workers, creating increased competition and labor cost across employers in virtually all industries. We accepted it. Inflation was initially deemed to be ‘transitory’ – meaning short lived or temporary – something that would correct itself as demand slowed and supply chain bottlenecks eased. And that may have held true if it hadn’t been for what came next.

Russia invaded Ukraine. The humanitarian crisis continues to pull on our heartstrings as the conflict intensifies by the day. From a financial standpoint, the ripple effect has reverberated worldwide as supply chain woes worsened seemingly overnight and energy costs skyrocketed –adding fuel to the inflation fire that was already burning white hot. Most recently, China announced new lockdowns – in pursuit of an arguably flawed ‘COVID Zero’ policy – further hampering the production of goods from the world’s largest exporter.

It’s the morning after and the hangover has set in. Our head is pounding as we try to digest so much information in real time that it’s overwhelming and paralyzing. Our stomach is turning from the roller coaster ride in financial markets. Uncertainty is the only certainty. Most just want to curl up in cold, dark place – and maybe drink some water – counting the minutes until they can get back to bed. A hard reality is setting in as America, and the world, hit the reset button.

Now playing catch-up to fight inflation, the Fed, who was once the proverbial knight in shining armor, now appears to be a villain yearning to destroy us. It is once again flexing its muscle over the economy and markets by aggressively raising rates and shrinking its balance sheet, sending markets spiraling downward. Their ultimate goal: to slow down inflation. As financial markets clamor for a bottom, the Fed understands that short-term pain is necessary to reset the economy and get it back on sure footing. It may seem counter-intuitive to growth, but tougher economic conditions create moments of reckoning for companies and investors. From the Fed’s standpoint, they are getting the market reaction they want.

Companies that were overvalued or investments deemed speculative in nature have been hit the hardest – bitcoin and other cryptocurrencies have seen their values halved or even worse. Poorly managed or poorly capitalized companies will continue to feel the pain as costs increase and bottom lines are squeezed. A lot of factors are at play. The point being is that tighter monetary conditions help to strip the excess out of the economy and markets – which is necessary and healthy over time. Just like a forest fire can be devastating, mother nature works her magic and brings life back to those areas very quickly – and armed with fertile soil from the charred landscape – life soon begins to fluish again at a rapid pace. Again, this is the reaction the Fed wants, and they are getting their way.

WHAT MAY BE COMING

What remains yet to be seen is how well they can stick the landing when we do hit the bottom (if we haven’t already). You’ve inevitably heard the term ‘soft-landing’ somewhere in the news recently – which is the intended and desired outcome. This means the Fed wants to see the rate of inflation trending back toward historical norms without sending the country into an economic recession and resulting sustained bear market. Admittedly, not an easy task given all the external forces at play (Russia, China, COVID, etc). Only history will tell us if they are successful, so for now, we’ll have to continue our faith in the American economy and its resilience in the face of adversity.

Fed policy will certainly remain front-and-center in the headlines, and we expect volatility to remain elevated. With uncertainty driving investor behavior, it would also not be uncommon for markets to be more sensitive than normal to headlines – both good and bad – as real time information continues to impact decision making at a macro level.

As we peel back the onion, there are still a lot of things working in our favor, despite many of the doom and gloom statistics that are always attention grabbing in the news. For one, it’s clear that this isn’t 2007 all over again. The American consumer is far stronger, and leverage is far lower than leading into a financial crisis which stemmed from loose lending standards and overextended Americans living beyond their means. Many still have robust savings account, and likely a higher paying job, compared to only a few years ago. Both corporate and individual balance sheets are strong, with more cash on the sidelines than ever before (source: LPL Research) This leads us to believe that we are much better positioned to weather a storm caused by inflation, markets, or both.

A silver lining for investors is that the economy doesn’t need to be fully received for markets to find a bottom and begin an uptrend – markets just need a clearer indication that the outlook is better than it is today. Remember, investments are based upon prospects of the future, not the activity of past.  In the case of markets, they often find the bottom well before the economic ship gets back on the right course. Case in point: US markets bottomed in March of 2020, however economic activity (spending, hiring, wage growth, unemployment declines) did not start to resume until several months later as lockdowns loosened.

As inflation begins to slow, we’ll be looking to the Fed for guidance and clarity as they continue to navigate a mine-filled path towards a more stable economic environment. We continue to believe that the long-term prospects remain positive and that the strength of the American economy and consumer will have the resolve necessary to overcome the challenges we are faced with today.

If you have any questions, please feel welcome to contact us at any time.

The opinions voiced in this material are for general information only and are not intended to provide specific advice or recommendations for any individual. All performance referenced is historical and is no guarantee of future results. All indices are unmanaged and may not be invested into directly.
Any economic forecasts set forth in this material may not develop as predicted.
1-05284540