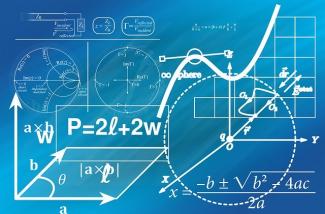 Maybe you’ve never even held a ‘real’ golf club in your hand – aside from the yellow putter with the rubber head at your local mini-golf course. Most can relate to at least that. Now picture yourself with that club in hand and how difficult it is trying to roll the golf ball past the blades of a spinning windmill – over a mere 15 feet or so – to a cup at the end of a tunnel on the other side. Think of your excitement as you watch the ball just miss the blade of the windmill, pass through the tunnel then drop into the hole, for your hole in one. While it may not earn you bragging rights at the country club, there will definitely be some cheering among the family or friends you are playing with. Now multiply that same distance by 50, add in a hill, some wind, sand and grass, and a myriad of other factors totally out of your control and, well, you get the point.

Hopefully, you had taken the time to read Paul’s exciting story about getting his hole-in-one. I could not have been happier for him and yes it did bring a tear to my eye but also a flutter in my heart. It was a proud moment as a father to have witnessed such a rare accomplishment to be achieved even by the most avid of amateur golfers. Nonetheless, Paul, and I for that matter, have a moment etched into our memories that will stand the test of time.

I have never had the good fortune of such a glorious moment in my decades of playing golf, a frustration I share with most golfers. There have been countless occasions where the thought has entered my mind as I prepared to hit my tee shot on a par three. There have also been many times after my golf ball was on the way to the green that someone in my group would yell “looks good, right at it” or something to that effect. Then of course a gust of wind would blow and take that golf ball off track and put me at the mercy of the golf Gods. Anyone who has stood on the tee box watching a shot fall to the green understands the impact of depth perception and how good a golf shot initially looks compared to how it actually ends up. I have been close, but no cigar as they say. I’m still waiting for the stars to align one day when I’m hitting the ball as I continue my journey to obtain the elusive hole in one.

So once again, congratulations to Paul for his first ever hole in one. I have no doubt that there will be others in his future. If for some reason, he never has the thrill of another hole in one, it gives me such great pleasure that I was able to share that first, and most special, moment with him.  Now on the other hand, it would only be fitting that when, not if, I get my first hole in one that Paul is there to share that moment with me. Therefore, we need to play a lot of golf together.