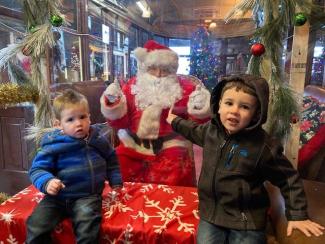 Growing up in East Haven, I never really thought much of the trolley museum. As boys can be curious, we often would ride our bikes to the museum and explore around the trolley cars and tracks. The biggest thrill was placing a penny on the rail track near a trolley car. We would come back the next day in anticipation of the trolley car having moved and rolled over the penny that was on the rail. If you were lucky, the flattened penny was waiting there for you, and you were rewarded for your ingenuity and patience. You never used any coin other than a penny because “money was money” and a flattened quarter was an expensive adventure that was never guaranteed. Most times, the penny was still sitting on the rail, just as you left it. Then there were the times the penny was missing, and you never knew if someone beat you to discovering the flattened penny. Then of course there was the motherload, a wafer-thin piece of useless copper that you could not wait to show your friends. You could not tell your parents about your adventure because you would get in trouble for playing on the trolley tracks. It was an emotional dilemma. Anyway, your friends were always impressed.

Fast forward about 25-30 years and Cathy and I were bringing our kids to the trolley museum to ride the trolley cars and see Santa Claus. It brought back so many memories of my childhood adventures. Also, I viewed everything about the trolley museum through a different prism than when I was just a kid. It was a magical place that was frozen in time, just the way I remembered it. Our kids were thrilled about seeing Santa and riding on the trolley car through the salt marshes from East Haven to the Short Beach section of Branford. At the end of the line, the conductor would exit the car, move the overhead electrical line from the front of the car to the back of the car. He would take the control bar on the inside of the car and move that from the front of the car to the back. We would then shift our seats in the opposite direction and presto, the back was now the front, and we were all facing the same direction. A very simple transformation that still works after all these years. Back in the museum, there was a coin operated vending machine that you could transform an ordinary penny into a flattened souvenir of your visit to the trolly museum. I laughed and thought back to my childhood. Anyway, 4 quarters and a penny and I had a souvenir.

Fast forward another 25-30 years and now Cathy and I took our grandsons to the trolley museum to see Santa. Nothing had changed, still frozen in time and I saw everything through an even more different prism this time as a grandparent. We went through the salt marshes to Branford and back. Santa was waiting for us on our return (behind Plexiglass for COVID purposes) and the kids received their candy canes. There was a 9-11 memorial car that was one of 7 cars buried under the twin towers. All the passengers on all 7 cars survived. It was very moving. When we got back to the museum, there was that same coin operated vending machine to transform your penny into a flattened souvenir of your visit to the trolly museum. I laughed and thought back to my childhood, again. Anyway, 4 quarters and a penny and I had another souvenir.

Later that night we were sitting with Paul and Jill and the kids and recounting the day. Kyle showed his daddy the flattened penny. Paul said, “I remember this from when you took us when we were kids”.

I just smiled and remembered my first flattened penny but mine did not come out of a machine.