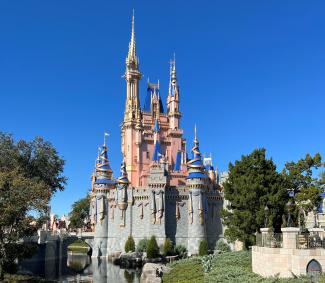 If you have read my bio on our website, you know Rachel and I love to release our inner child once a year in Disney World. Well, unfortunately here I am, back to being an adult again. Coming home to 5-degree, snowy weather is just what I looked forward to. Granted, this years Florida weather was not like the previous 2 years where it was hot. This year, most days would start in the mid 40’s and by noon be about 75, which is nothing to complain about considering it was -5 at home.

When you’re a child, everything in Disney is just magical. From the rides, the castle, the resorts, the transportation, the cast members, the characters, down to the fireworks which are performed every single night, Disney just does not miss a beat. When you’re an adult, the magic is still there but you tend to appreciate how well things are put together, how advanced the technology is, and if you’ve seen plenty of Disney movies, how crazy real the rides can be!

Every year we go, Disney has a new ride, and the new rides always have the longest wait times, which you would think is not fun and sometimes it isn’t, but they even make the rooms where the line goes through, fun! Often, there are little games kids can play, there are huge decorations and animatronics, which are basically lifelike robots that they make so realistic, I question whether it’s a dressed-up human or a robot. For example, all the StarWars rides have huge starships (spaceships) and little R2D2’s and stormtroopers. The rides for Avatar have Banshees and Na’vi. Toy Story Land makes you feel like a toy by creating everything around you super large, including Andy’s room.

If you are not a Disney movie fan or have not seen any of the movies I mentioned, you have no idea what I’m saying but that’s the beauty of Disney. You can not have seen a movie or understand what is going on around you and still appreciate the work, detail and technology put into a land or ride all while the crazy fans and people coming to the parks dressed up will enjoy it just as much.

For those who have never been, or it’s been a while, Disney World is broken down into 4 parks: Magic Kingdom, Hollywood Studios, Animal Kingdom and Epcot. Each park typically has something it’s known for. Magic Kingdom is what many consider the main park, this is where the castle is, many kid rides (and adult rides) and the main firework show is displayed every night. Hollywood studios is known for their show business and operating production studio, now it is for their beloved attractions. Animal kingdom is known for the animals! There is a safari which basically makes you feel like you’re on an African safari where you will see plenty of animals and wildlife. Lastly, Epcot is known for the countries. A long walk around a lake and you will travel across 11 countries. An interesting fact: every cast member (worker) in each country is actually from that country! This year, we ate around the world! Trying many, out of the norm foods from each country. Of course, we spent the most time in my favorite country, Italy because you can’t go wrong with some Arancini, Ravioli and wine. With any luck, I will be able to visit the real Italy soon.

My first time there, 3 years ago I had no idea what I was getting into. Rachels family went every year for many many years and sometimes twice a year. They talked about how much fun Disney was and I kind of just Ok Ok we’ll see. Here I am, 3 trips and 20 pounds heavier a huge Disney fan. I say 20 pounds heavier because her family knows I like to eat. Our first trip there, I wore a shirt that read “I’m just here for the snacks”. Well, that statement still holds true today. The food is incredible! There are countless restaurants, bars, snack stands, and food carts all over the place and I truly believe you cannot have a bad meal on Disney property.

Whether you’re 3, 25, 50 or 75 there is something for you to enjoy in Disney. Fair warning, you will walk about 25,000 steps a day but that’s just to burn off all the calories you’ll eat! I will be back soon, allowing myself to release my inner child, but for now, I will have to be an adult. As Mickey says “see ya real soon!”