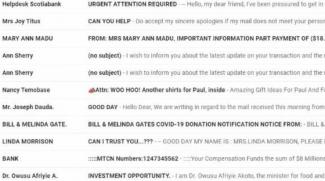 If you reviewed the contents of my SPAM folder for my gmail account, you’d think I was the luckiest person in the world. In just the span of a few days, I appear to have been the beneficiary of several deceased individuals’ estates, be the rightful owner of millions of dollars of unclaimed property and even have received a gift from the Bill and Melinda Gates foundation. That’s not to mention the unbelievable ‘investment opportunity’ presented by Dr. Owusu Akoto or the generous donation from Mr. Lerynne West who graciously offered me a gift of $1.0mm. And I can certainly retire on the $18.7mm that is due to me from the Central Bank of Nigeria or the $8.0mm from the United Nations. What a week! It makes you wonder why I even come to work.

In case you are wondering, this is an actual screenshot from my spam folder during the last week of October. I haven’t edited it at all. I clear it out periodically, but not without getting a good laugh first. I must receive thousands of these types of emails on an annual basis, and I have no idea why. Fortunately, the smart people at Google have identified these incredibly fraudulent emails and directed them out of my inbox without any bother to me. The takeaway here is that I’m obviously not the luckiest person in the world (in some ways, maybe, but I’m not being showered in millions of dollars each day), and that these are very real emails that were sent by some very not-so-real sources.

You don’t need to be a cybersecurity expert to tell that these emails are egregious attempts to garner my attention and to get me to divulge some of my personal information – ultimately to be used in a malicious identify theft scheme. Using some basic common sense should be enough for you to know that something doesn’t seem quite right. Which is good.

What is not so good is that there are parties out there that are a bit smarter than David Mach, Jerry Ade, Ann Sherry, the Helpdesk at Scotiabank, BANK or ARMY OFFICER that have sent me some of these emails. And that is where the trouble lies. We’ve all heard about the fake phone calls from the IRS or Social Security Administration, which again, are clearly fake. But what about the calls, texts and emails that do look authentic but aren’t really from authorized sources?

Staying vigilant is tough, especially in a world when we’re so used to mindlessly swiping, clicking, and tapping – which has become virtually second nature. As a rule of thumb, it is always smart to really scrutinize an email – especially one that contains links or appears to be from a financial institution. Look for clues as to whether it could be a scam, including the details of the ‘from’ line (not just the name that populates, but the actual email address), proper grammar and spelling, logos and just how ‘polished’ the overall communication is. Before clicking on links, be sure that they lead to secure sites and direct you to the intended place. If your gut is telling you something is off, call the party directly using a number that is found on a publicly available source to confirm its authenticity. 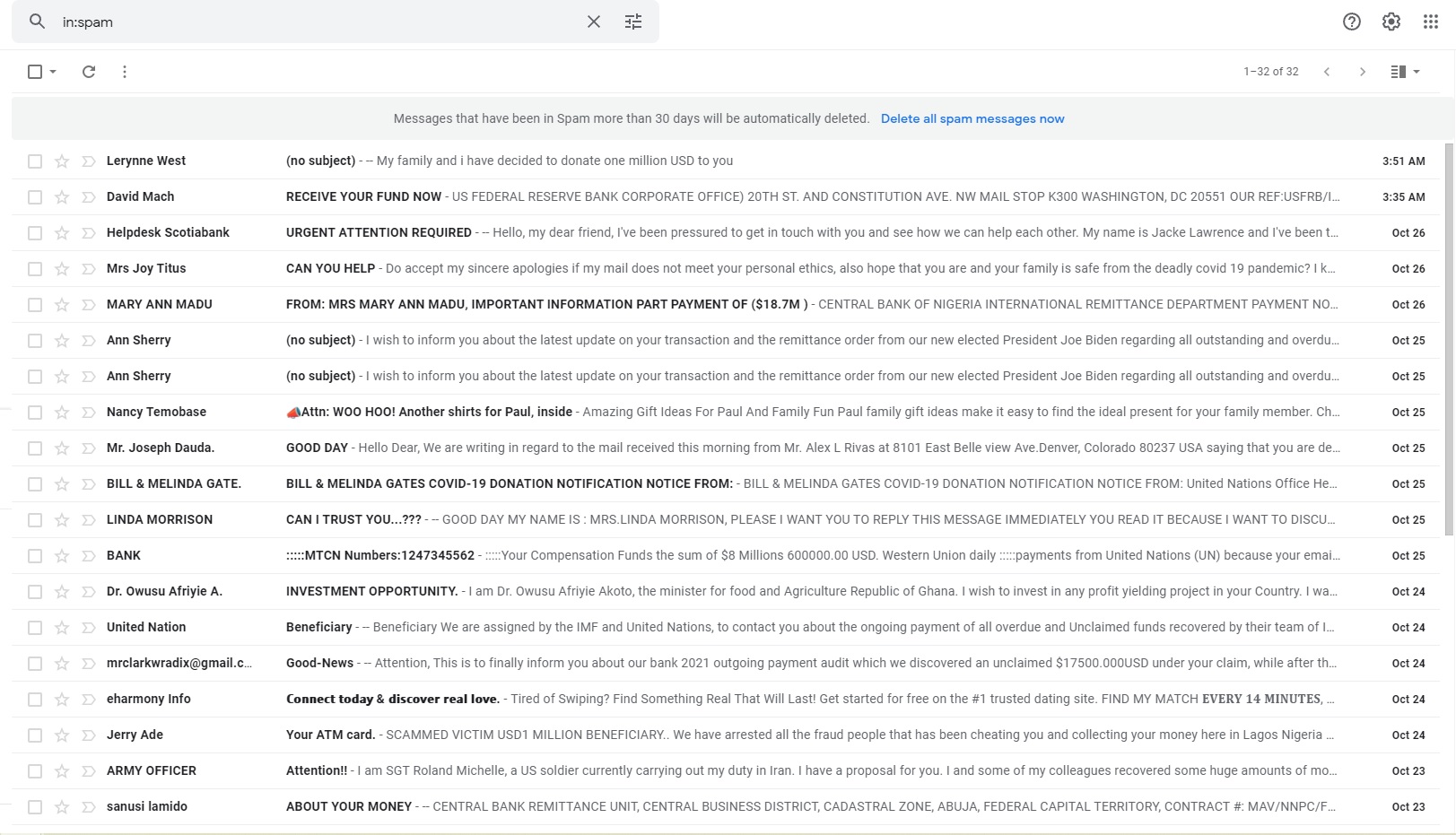