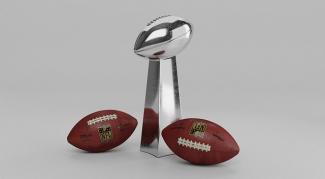 I have always been a professional football fan. The attraction to the sport started when I was very young but became somewhat of an obsession from playing the game in high school. I was not good enough or big enough to play at the collegiate level and thankfully so because I would have been banged up, or worse, rather quickly. Playing the sport does give you some insight that can only be learned on the field. I played offense, defense and special teams so I saw my share of what can happen on the football field. The coaching strategies given the game situations fascinate me. Now that the NFL season has reached the playoffs, the games now feature the teams with the best records in their respective divisions. All the remaining teams are utilizing their best strategies and physical efforts on their common quest to appear in the next Super Bowl.

This past weekend had four “Wild Card” games. These are the teams that were attempting to avoid elimination from the rest of the playoffs in hopes of advancing to the next round. With each game lasting about 3 hours and with four games, 12 hours of watching football was just not in the cards. Introduce the DVR. I recorded all 4 games and was able to watch each game in its entirety. Being able to fast forward through all the commercials, time outs, half time, incomplete passes, etc., I was able to watch an entire game in about 45 minutes. Therefore, I was able to watch all 4 games in the time it would take to watch one game televised live. One of the games did not start until 8:30 PM. I watched the first half at night and watched the second half the next morning. It was a beautiful thing. What made the Wild Card weekend even more exciting was two of the four games went into overtime and the other two games were a one possession game. Therefore, the winners of those games were not determined until the last few minutes. When a playoff game is a blowout, there is not the same level of excitement to watch and the experience is boring in my opinion.

The one problem with watching a recorded game is avoiding spoiler alerts. With social media, texting, emails, etc., you need to avoid seeing a score of a game that you have not watched yet. It takes some practice and some awareness, but doable. Sunday of wild card weekend, Cathy and I met Kelly and Dave in Westport for an early dinner. We were sitting at a high-top table in the bar with a game playing live on the television. I sat with my back to the screen and avoided looking, even when the crowd would erupt in cheers to a great play. I was proud of myself for not peaking.

As we enter the next round of playoffs, hopefully the games will be just as exciting as wild card weekend. There will be heroes, fantastic plays on both offense and defense and of course some bad calls by the refs. There are some young and exciting quarterbacks that have been doing magical things on the field all season long and I look forward to seeing what comes next. That is football and my DVR will be capturing it all.
At the end of the day, there is always a winning team and a losing team. I have been a NY Giants fan for decades and the last several years have been painful even though I still watched almost every one of their games regardless of how miserable their performance. There is always next year for my Giants.