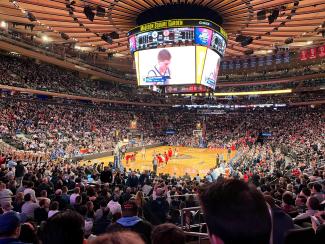 I naturally gravitated toward watching basketball as a kid, which should come as no surprise seeing as I played basketball throughout my entire youth. I’d argue that the 1990s into the early 2000s was the golden era of the sport at all levels, none more so than in the NBA. Having had the pleasure of watching everyone from Michael Jordan to Larry Bird to Shaq all on the court in their prime created sports-fan memories that I’ll cherish for the rest of my life. Just as amazing as it was to watch the all-time-greats play, it was also equally as exciting to watch legends be born on the NCAA courts. Growing up a UCONN fan, I spent countless hours watching Jim Calhoun scream from the sideline and endured many ups and downs along with other devout fans. And let’s not discount the women UCONN teams that dominated under Geno’s tutelage. I’ve written about the impressiveness of his winning statistics in the past and how he has coached to a level that will likely never be duplicated again. It was truly an amazing time. But as much as UCONN fans remember the championship wins, what made being a UCONN fan so exciting was the competitiveness of the Big East and the many longstanding rivalries that had deep roots in the conference.

Unfortunately, in 2013, that joy was stripped not just from UCONN fans, but from all college basketball fans as the NCAA reorganized the Big East and disbanded the best conference in basketball. It was pretty much downhill from there (save for the ’14 championship UCONN won against Kentucky).

Until now! The NCAA gods have got the band back together again in 2020 (well, almost – we’re still missing a couple of basketball stalwarts – Syracuse, Pitt, Louisville and Notre Dame), but things are trending in the right direction. And there is no better place to watch a clash of the titans than at the world’s greatest sporting arena, Madison Square Garden, which is the long-time host of the annual Big East tournament. The best college teams playing on the biggest stage in sports was an annual event worth blocking your calendar off for. COVID restrictions have muted much of the excitement arising from the reinvigorated conference championship over the past two years, but 2022 promised to deliver in spades – and I refused to miss it.

Walking into the garden is a religious experience for some, and on gameday there is a palpable energy flowing through the rafters that is something that needs to be experienced to believe. This year’s tournament was no exception. Fresh out of the mask mandate, NYC was back and MSG was buzzing. Our party of 7 locked down a row of sets to support our boys in blue, minus one ‘Nova fan who shall remain nameless… We went to the Thursday games and watched a barn burner between ‘Nova in St. John’s before the physical battle between UCONN and Seton Hall later that night. Both games delivered on all fronts, and it was amazing to leave the garden after a UCONN win.

Unfortunately, UCONN didn’t fare so well in the next round (or in the NCAA tournament, for that matter), but the future looks bright for the boys. Even more exciting is the fact that the future looks bright for sports as a whole. Seeing a packed house at MSG and 20,000 screaming fans is something that was sorely missed for the past few years, and I think we can all agree that one more step towards ‘normal’ is just the medicine that the doctor ordered.