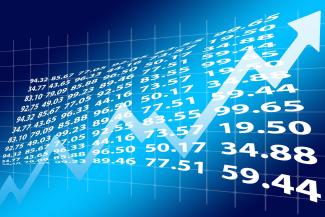 More Of The Same

Volatility is once again front and center while both equity and bond markets continue to struggle with stubbornly high levels of inflation.  On the heels of a higher than anticipated August consumer price index figure, the S&P 500 hit fresh lows for the year surpassing the previous levels first set in June, effectively erasing the summer rally we experienced only a few months ago.  Upward market movements in 2022 have been directly correlated to hope that inflation is cooling, and the corresponding expectation that the Federal Reserve would respond by easing the trajectory of interest rate increases.  That highlights what is perhaps the most prevalent challenge investors face right now; deciphering the path the Federal Reserve will take on their quest to reduce inflation. The Federal Reserve has not been shy in stating they are willing to do whatever it takes to get inflation under control – this means slowing growth within the US economy, and potentially provoking a recession.  To that end, good news is bad news, and more ironically, bad news is good news.  Data that would traditionally be thought of as an indicator of a healthy economy, consumer, or employment market are now a spotlight on the main stage problem: persistent inflation.

Peaking in June at 9.1% year over year, the Consumer Price Index (CPI) remained consistently higher than expected during the 3rd quarter.  July’s reading of 8.5% showed a notable drop from the June peak adding fuel to the summer rally we experienced through July and into mid-August. It’s important to note that this rally was based on the hope, not the reality, that we had reached the inflationary peak and the future readings would indicate a clear path downward. The subsequent readings in August and September of 8.3% and 8.2%, respectively, were higher than expected and cemented the Fed’s decision to again increase interest rates by 75bps. More important, however, was the hawkish language that signaled there would be no reprieve from more rate increases in the future. Adding to the looming uncertainty are volatile energy prices, as we have seen OPEC reduce oil production heading into colder months – which means the beginning of what many believe to be another oil price spike as demand increases in the colder months. That would undoubtedly add to short term inflationary pressures, making the task at hand for the Fed even more daunting.

No one knows what the future holds, but the environment we are in undeniably presents headwinds to most traditional asset classes.  Fixed income may continue to struggle if interest rate increases persist.  Slowing economic growth will eventually impact corporate earnings, which can weigh on equity prices. International equities, in particular, are more directly impacted by the war in Ukraine and the unique challenges that has presented to the European economy. Residential real estate has seen signs of a significant slowdown as mortgages climb to their most expensive rates in more than 20 years. With what seems like nothing but bad news, let’s flip to the good.

Markets are forward looking, and by merely recapping many of the facts stated above, we’re not saying anything that informed investors don’t already know. This means that the impact of the “bad news” is likely priced in and could potentially be reflective of an overreaction, although we’ll only know the full story with the benefit of hindsight. History has proven this time and again as markets often suddenly rally before their underlying fundamentals indicate we are “out of the woods.”  In 2020 we experienced a similar phenomenon when equity markets staged a massive rally for what, at the time, felt like no reason at all.  That is not to say we believe we are in the next major market rally, but we also know it’s as close as a single positive (or negative!) economic report away.

The opinions voiced in this material are for general information only and are not intended to provide specific advice or recommendations for any individual. All performance referenced is historical and is no guarantee of future results. All indices are unmanaged and may not be invested into directly.
The economic forecasts set forth in this material may not develop as predicted and there can be no guarantee that strategies promoted will be successful.
All investing involves risk including the possible loss of principal. No strategy assures success or protects against loss.
The content is developed from sources believed to be providing accurate information.
Rebalancing a portfolio may cause investors to incur tax liabilities and/or transaction costs and does not assure a profit or protect against a loss.
Tracking: 1-05342668