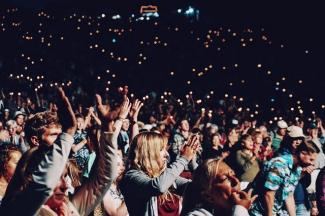 It was September 1972 and I was in my prime years of high school. Those were the days of being invincible where you could do anything, well almost anything. There was always something to do and someone to do it with, whatever it might be. When all else failed and we got bored, we would listen to music. No one had their driver’s license yet, let alone a car to drive. This was also long before being able to afford a real stereo system. I had saved enough money to buy a portable electric cassette deck that also could be operated with batteries. It was the size of a lunch box, so it was easy to carry around. The hard part was having fresh batteries so we could listen on the go. Since I was the only one who had a job working at my dad’s gas station on Saturday mornings, I was the only one who could afford to buy batteries. Every once and a while, one of my friends would sneak batteries from their parents to contribute to the music cause. It was a simple time, just hanging around, listening to music.

We listened to everything you could imagine. We would borrow cassettes from friends, siblings and anyone that had cassettes that would lend them to us. One of those cassettes was of Elton John, Honky Chateau that was just released. That was our “go to” cassette to listen to. Eventually, we all knew the order of the songs on the cassette and memorized the words to every song. We did not sound all that great as we sang along but we sure had fun. Then in the middle of a song the batteries would begin to die, and the upbeat tempo of the music would slow down and eventually fade to silence. That was unless we had fresh batteries and we would replace them, and the music would play on. If not, we would continue to sing the songs, in order, until we completed the list.

Some exciting news for our group was Elton John was on tour promoting Honky Chateau and was doing a concert stop at the New Haven Arena (which is no longer there but you locals will certainly remember it). If you GOOGLE Elton John-New Haven, there are so many pictures and story links. The brainstorming began and 4 of us had money to buy tickets to our first concert. With some creativity and some collusion, we had a plan, not a great one, but it was a plan. Boys will be boys. Our parents thought we were having a sleep over to listen to music. Part truth, part lie. We walked from East Haven to New Haven to the arena….and back, late at night after the show. It was a long walk, especially on the way home but the adrenaline from the concert gave us a boost and we sang the songs, in order, as we made our journey home. It was a little like, “we’re off to see the wizard”. If our parents knew! Looking back, we were crazy to do that. Nowadays, a plan like that would not ever be considered. Maybe I am just a little more conservative and paranoid now that I have kids and grandchildren of my own.

Every time, and I repeat, every time I hear any song by Elton John, I am immediately transformed back to the night of September 29, 1972. It was a night when a crazy group of kids from East Haven walked under the Q-Bridge to the New Haven Arena to see Elton John, live in concert. It was a night, that at the time, I did not realize would be a night that would be remembered for the rest of my life. I have been to many concerts over the years and certainly could not list them all. The first on the list is Elton John.