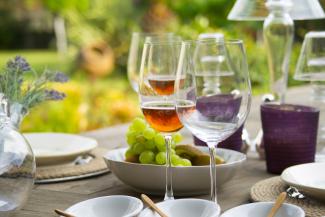 I have written before about how much I enjoy living in our Pawson Park neighborhood in Branford. The area has all the ingredients to live a beautiful life. The views of the Branford River with the boating traffic melts your cares away. The sunsets are breathtaking and there is always something to look at that grabs your attention. Watching the seagulls and ospreys dive for fish never gets old. An occasional hawk can be seen circling overhead looking for its next meal. People in kayaks and on stand-up paddle boards are always meandering by enjoying all that life on the river has to offer. As beautiful as the scenery is and as calming of setting that it is and how much there is to look at, none of those items measure up to one of the best parts of the neighborhood, the neighbors. After all, you need neighbors to have a neighborhood.

There is always a smiling face to be seen and a wave of the hand to be returned. Someone is always walking their dog or simply going for a stroll. Joggers and bikers are constantly on the move. People watch out for each other’s properties and are quick to lend a hand to do whatever, whenever. Conversations happen at the mailbox that can last an hour. A quick hello to a neighbor leads to getting “caught up” with each other. The best is the spontaneous, neighborhood gathering. Such a situation just happened recently.

Cathy and I were sitting on our patio late one Sunday afternoon playing cards. It was quiet and peaceful, and we were enjoying life. Our neighbors, John and Gerry were sitting on their porch doing pretty much the same thing. Cathy yelled over to see if they wanted to come over for a glass of wine. They responded for us to go to their house for the glass of wine. The next thing I knew, we were on the move with a bottle of wine in hand. The beginning of a spontaneous gathering was born. We settled in and Gerry sprang into Martha Stewart mode. The appetizers kept coming (like she was prepared for us to come over) as did the wine. Then two other neighbors, Jim and Robyn received the “come on over” yell from up on the porch. Now we were six. A short time later, Dave and Jeanne appeared with a bottle wine. Now we were eight. The numbers could have climbed higher but other neighbors that were in eyeshot were already busy doing other things.

What started initially as a quiet Sunday afternoon ended up with eight neighbors getting together for the first time, in a very long time. We all had a story to share or a medical condition that occurred since we last were together that was discussed. All the conversational topics were covered (except politics and religion). Kids and grand-kids’ stories are always in the mix. All the problems in the world were solved that afternoon and we created a few others. The stories kept coming and the laughter was abundant. It felt so normal. The best part it was spontaneous. No planning, no decisions on what to serve or what to bring or what time to start. All the ingredients for a great time were present, wonderful people, good food and endless drinks. No one had to drive, and the commute home was a two-minute walk if that.

What started as a glass of wine late in the afternoon, continued well past sunset. Five hours felt like minutes. Time passes quickly when having fun. Thanks to Gerry and John for the hospitality and looking forward to our next spontaneous neighborhood gathering.