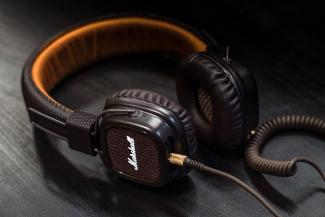 Still Rock 'N Roll To Me

I have always enjoyed music and have a fondness for good old rock and roll. Recently, one of my highly respected colleagues wrote about “vinyl is back”, referring to the days of playing albums on turntables. His article brought back many fond memories of the vinyl days and my lifelong enjoyment of listening to music.

In my younger days I had quite the sound system. I would save my hard-earned money and purchase certain stereo components over time. If any of you are any bit of a music nerd from yesteryear, you will appreciate the details that follow. I had a Technics turntable and an integrated TEAC amplifier and synthesizer with 4 JBL speakers with separate tweeters and sub woofers. To make my music listening more dynamic, I also had a dual TEAC cassette deck so I could record my albums and take the tapes in the car. When recording an album to a cassette in those days, you had to play the album in its entirety including flipping the album for the side B. It was nice to have the dual cassette deck because once an album was recorded on to a tape, copies of tapes could be made on a high-speed dubbing setting. This cut the recording time by 75% and made me a popular guy with my friends who wanted copies of some of my music collection. If they provided the blank tapes, I was glad to make their copies. The dual cassette deck allowed for recording from the radio as well. Certain radio stations would periodically play a tribute to a band and I was there ready with my blank tape and anxiously waited to press “record”. Live radio recordings were tricky in that you had to be ready to hit “pause” when they would go to a commercial break. I was pretty good at anticipating commercials. Every now and then, I would just record the commercial as well. No big deal because you could fast forward through the commercial when listening to the tape.

My main sound system was complimented by an awesome set of BOSE head phones so I could crank it up and not disturb anyone. There were times when I was not busy recording music or making copies and I would listen and enjoy the fruits of my labor. Many a night I would listen to the Stones, Beatles, Eagles, The Boss, Billy Joel and countless other bands and artists. My love for rock and roll was enhanced because I also enjoyed more soft rock artists such as, James Taylor, Carole King, Cat Stevens, Lionel Richie and many others that were known for their story telling through their music.

Listening to music was more of an art in those days. You had to flip through the albums or cassettes and find the perfect fit for the mood. If an album was selected, you carefully removed the album from the jacket and never touched the face of the album to avoid fingerprints. The album was the gently lowered on to the turntable. As the record started turning, before you placed the needle on the album, you would hold a special cotton cloth with a little cleaning fluid to remove any dust and static from the surface. Then you would lower the arm to begin listening to your music as the album came to life.

Listening to music has been so much fun over the years and such a great part of my past and I still love music today. When we have Kyle over, I will turn on some music and laugh as he twists and turns to the beat. I guess I did the same thing. The process now is I simply turn on the SONOS.

I do miss the days of vinyl and cassettes. Thanks John Nap for bringing me down memory lane.