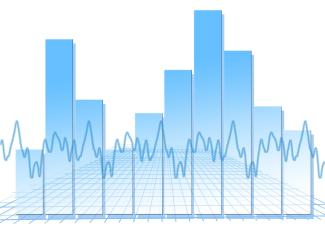 Along with the nice weather we had here in New England for most of the summer, many investors enjoyed a reprieve from equity volatility during the latter half of June through mid-August. In July, in particular, US equities posted a stellar month, and many got a sense of hope that the pain through the first six months of the year was over. That is, until the news hit that inflation was still stubbornly high and the labor market’s resilience was stronger than expected. July’s gains were given back in the matter of two weeks, and we again found ourselves back in a lower trading range, bouncing up and down but not making any meaningful progress either way. It’s frustrating, to say the least, but not uncommon.

Expectations are hard to set when investors are hyper-sensitive to headlines and data that is released on nearly a daily basis. It is even more challenging when there is anticipation leading up to the release of such news – like the fed minutes, arguably the most scrutinized documents in the world – which leads to the market’s knee jerk reactions being quicker and more severe than in times of relative calmness. It’s to the point where traders are not taking the written words for face value, but interpreting the tone of the minutes and, sometimes, making outsized bets on what may happen in the future. For those looking to capitalize on short-term movements, this is their heyday.

For long-term investors, however, this serves as a reminder that there is no reward without the inherent risk we talk about as advisors and investment professionals. Those that have ridden the wave of the markets over years or decades have learned, many times, that the pain inflicted during recessionary periods fades into distant memory as the economy recovers and life – and portfolio values – resume back to normal. This year may not be remembered like 2008, or even 2001, but, rest assure, there will be a post-COVID recession that is referenced in history books in years to come. And that is ok.

Economies don’t grow linearly, nor do markets. It’s the epitome of the saying ‘two steps forward, one step back.’ Some steps are bigger than others, and sometimes we take four steps forward and two steps back, but forward progress persists over time. This is the expectation we like to set with those we work with, and one that long-term investors have subscribed to.

With respect to the here-and-now, I’ve never been one to try to predict the future. What I will say is that we do believe volatility will likely persist so long as there is any speculation that inflation is not ‘under control’ – an ambiguous term to say the least. We’ve been consistent in our thesis on this for several months now, and recent headlines (current inflation and PPI numbers) and the commensurate market reactions, continue to reinforce the fact that policymakers (i.e. the Fed) need to see compelling evidence that inflation trends are slowing and that the labor market is showing some signs of weakness (i.e. less jobs are being created and unemployment is marginally rising) before making substantial changes to their path.

None of this, however, means that we are bearish over the long-term. Quite the contrary, in fact, as equity returns following market downturns tend to be the strongest during any point in a full market cycle. The $64 question, of course, is when that will occur.

The opinions voiced in this material are for general information only and are not intended to provide specific advice or recommendations for any individual. All performance referenced is historical and is no guarantee of future results. All indices are unmanaged and may not be invested into directly. All investing involves risk including loss of principal. No strategy assures success or protects against loss.