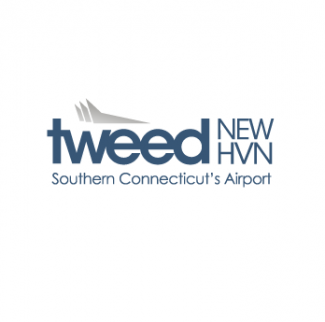 Tweed: A Gem in New Haven

Flying out of Tweed used to be a thing in New Haven county. I have memories of walking onto the tarmac with my family and flying down to Daytona beach to visit my grandparents for the week. We’ve come a long way since then, but it seems that as Bradley International Airport got bigger, Tweed got smaller. It would be a stretch to say that it is a shell of its former self, but flight availability out of Tweed is certainly limited. It was never as busy as JFK, but there are now a mere three commercial flights a day out of Tweed, all on American Airlines and all going to Philadelphia. I’m sure that local politics, money, residential pushback and airline consolidation has played a large role in this as well, but its sad that we aren’t fully leveraging this gem of a resource.

Shortly after my trip to Newport with Jill, a mere two days after returning home in fact, I packed up my suitcase for our annual conference in San Diego. This time I was fortunate enough to fly out of Tweed for the first time in over two decades. Anything that alleviates the headaches of air travel catches my attention, and Tweed checks all of the boxes. For starters, it was about 12 minutes door-to-door from when I left my house to when I was inside of the terminal. Parking was extremely accessible, cheap, and I was even able to find the first non-handicap spot next to the terminal, a mere three spots from the front doors. Try doing that at JFK. Even if I wasn’t so fortunate, you would never have to walk more than a hundred yards or so from even the most remote spots in the parking lot.

Walking in, I was the only person in the security line, meaning my TSA Precheck was useless, but it didn’t matter. There was no one in front of me to annoy me, which is a pet peeve of mine in an airport security line. There was no one forgetting to take their phone out of their pocket, wearing excessive jewelry and tripping the metal detector, forgetting a water bottle in their carry on or taking their laptop out of the bag and spilling their belongings everywhere. Just me and the TSA agent, it was glorious. I leisurely walked through security and up to my gate. There are only four gates at the airport – its impossible to get lost. Being so close to home meant I was able to sleep until 5am with wheels up at 6:09am, giving me another precious hour of sleep compared to if I was to fly from Hartford. After a quick boarding process for the 50 or so person plane, we were off. As the only plane on the tarmac, there was no delay getting into the air and our departure was as timely as a European train. I felt like I was flying on a private jet!

Forty-five minutes later, we touched down in Philly, where my connecting flight was leaving from. The small-town feel was gone, but at least the airport had a lot to offer. It didn’t look like a bad place to spend a lot of time, complete with several new restaurants, lounges and plenty of seating. It didn’t matter though, because I only had 45 minutes on the ground before I was off to the West Coast. I had enough time to get a water, granola bar and hit the bathroom before boarding my next flight. If only all flights were that easy!