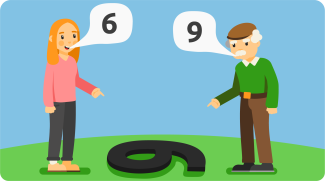 The Value of Perception

The idea of perception can really get you thinking, what if I viewed this scenario from a different perspective or a different way? The way in which we perceive things dictates how we view the world, it also dictates what reality we see and live in. Each of us live in a different reality, almost quite literally because of the different forms of perception that we engage the world with. All of us have different beliefs, thoughts, mindsets, so on and so forth resulting in the way in which we view the life we live.

I had a basketball coach, who taught me about the value of perception. He taught me that when I someone and I disagree, look at the situation from their point of view because they may perceive the situation differently than you. He also taught me that the way in which people perceive you, based on one interaction is going to vary amongst everyone who meets you. My coach would have friends and colleagues who have never met or seen any of us play come watch and then share what they thought about us as individuals, does it look like we can give more effort? Does it look like we care? This was all perception and the way different people view us.

The way I interpreted the game beforehand was from a players point of view, while injured I was able to see why my coach would tell us to hustle, to run plays with energy, to do things the way they should be done. This is because he cared, he cared about us and the effort we put into something that we should enjoy doing.  Once I was able to play again, I told my teammates that coach is right, it looks like we don’t care, it looks like we’re not putting in enough effort and often times, we would doubt ourselves before even playing. Perception taught me that the results we get within our lives are dictated by the way we view them.