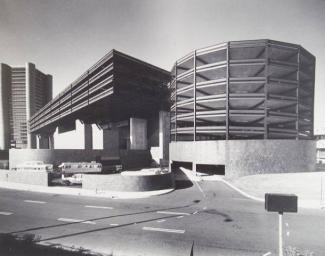 I recently wrote about my high school years and listening to music and walking to an Elton John concert in New Haven. I heard from several of you about some of your antics in your younger days including some concert memories. It is fun to write and share stories about my life. What I enjoy even more is when you share your stories as well. In reading some of your concert memories, I thought of more of my own.

Again, the music in the 1970’s was amazing with so many talented groups and artists to select from. Rock and roll music in the 70’s made an impression on me and I still enjoy that genre of music today. What was also popular, was the songs by artists that sang on the softer side with stories in their lyrics, often about love and heartache.

When I was in college, there was a summer rock concert series held at Yale Bowl (the Bowl) in New Haven. You might be thinking this involves another group of young men walking to the Bowl. That was not the case because we had our licenses and could now drive. What was interesting about that summer series is a friend of my brother Mark worked at a bank in New Haven. That was not the interesting part. The bank was a sponsor for the concert series. Each sponsor had to provide a group of people to volunteer as ushers to assist concert goers to find their seats in a section of the Bowl. Mark asked if I was interested and of course you know the answer. You had to work but it was free admission to all the concerts for the entire summer series.

We arrived at the Bowl before the first concert to receive our orientation. All the volunteer ushers were given their instructions and their assigned location in the Bowl. We were issued vests that clearly made you look official. We were also issued a flashlight and a walkie talkie that clipped on to your belt. Armed with our gear, we were off to usher the crowds. The concerts were in the evening, so the flashlights came in handy when trying to see tickets and then find the specific seats. No big deal but we felt important. After all, we had walkie talkies and flashlights.

It was an amazing experience and saw some fantastic shows. The groups and artists were iconic. Some of them to just name a few were, Chicago, the Beach Boys, Grateful Dead, Grand Funk Railroad, Yes, James Taylor and Emerson, Lake & Palmer. Again, it was amazing. Each show was not only unique to the style of music, but the fans were different. Grateful Dead fans were different than fans of James Taylor. At the Dead concert, I was working an upper section in the Bowl. The show was about to begin when my walkie talkie blurted out that fans were sneaking in at the top and to go and turn them away. I went to the top section and there was a group climbing over the wall. I extended a hand and helped them climb over the top of the wall into the Bowl. The fans in the area that saw what was going on applauded for the “cool usher”. That would be me of course. I made many new friends that night and just as easily could have made many enemies. A night to remember.

At each concert, once the show started, I would take off my vest and become part of the crowd and enjoy the show along with the tens of thousands of other fans. If I noticed someone struggling to find their seat, a flick of the flashlight and I would jump to their rescue. The weather was perfect for each concert and rain was never an issue.

It was an amazing summer. Please let me know if you attended any of those concerts and would love to hear your story. Maybe I helped you to your seat or assisted with your climb over the wall!