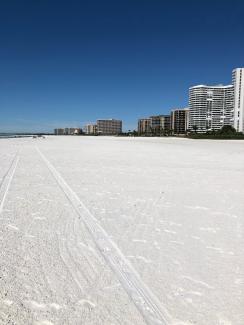 As a kid growing up in East Haven, I was no stranger to Tweed New Haven (Tweed). The airport was minutes from our house and was directly beneath the flight pattern. There was always some type of aircraft flying overhead. We regularly rode our bikes to Tweed, being curious boys, and would spend hours watching the airplane activity. There was a little snack stand inside the terminal and we would spend our hard-earned funds that we saved on different things to eat. We never told our parents about our snacking because we did not want to get in trouble about spoiling our appetite for family dinner. Several years ago, I wrote about a kite flying experience as a kid. There was a large field at the end of the runway where we would play football, baseball and fly kites. One day with our kites high up in the sky, a police car drove onto the field and the officer made us leave. Our kites were in the flight pattern and pilots were complaining. Imagine that happening today?

Fast forward 50 plus years. Avelo Airlines has nonstop flights from Tweed to various locations in Florida. I write this on one of their aircraft at 35,000 feet having just left Tweed on our way to Fort Meyers airport. What a different experience flying out of Tweed. First, the airport is less than 20 minutes from our house. No longer is it an hour plus drive to get to Bradley Field. We used the Lyft car service that picked us up at our house and dropped us off at the door to the terminal. Second, the terminal is so small and convenient. The entire building is the size of a Walgreens Pharmacy. Within 15 minutes from stepping out of the vehicle at Tweed, we had checked our bags, went through security and were seated on the plane.

As we were preparing to take off and were taxiing down the runway to get into position, I had so many flashbacks when I was a kid. There was one moment looking out the window of the plane, I could see a small brook that ran around the perimeter of the airport. I haven’t seen that brook in over 50 years. In the winter, we used to walk through the woods so we could ice skate and play hockey on that brook. We would skate all day on that tiny brook which seemed so much bigger back then. We would stop every so often to rest and warm up by the little fire that we built on the shore. Before we would go home at the end of the day, we would roll around in the snow, so our clothes did not smell of smoke. We were so stupid but thought we were so smart. It was so long ago but I remembered it like it was yesterday.

As we were ascending in altitude after takeoff, we circled over East Haven and the Branford harbor before we headed due south. It was so cool to fly over my old stomping grounds of East Haven. It was just as cool to fly over my new stomping grounds in Branford. Ironically, our house in Branford is in the flight pattern the Avelo aircraft navigate. We can sit in our house or be on our patio and watch the various aircraft that fly overhead in and out of Tweed. Ironically, as an adult I still fly kites but now I do so on my front lawn with our grandsons. When I have a kite way up there, and I see a plane, I smile. Even though we are not in any way interfering with the air traffic like when we were kids, I still think about the police car coming onto the field and chasing us away.

I guess that is life in full circle. Life is good!