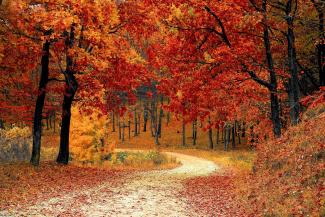 What Happened in September?

In what always feels like the blink of an eye summer has ended. Autumn came not-so-quietly rushing in with a bout of equity market volatility that persisted through the month of September and into October. The old adage “sell in May and go away” could not have been further from the mark this year with the S&P gaining over 7% from May 1st to August 31st. This was immediately followed by a 5% pullback in September which wiped out Q3 gains in most major market indices, a notable exception being the S&P 500 which barely squeaked out a positive return for the quarter.  It took a full 9 months, but the S&P 500 experienced its first 5% move lower in 2021.  To put that into perspective, there have been only six calendar years ever where the S&P did not experience a 5% pullback at all.  While it may feel like a shock to the system, this level of short-term volatility is completely normal, and surprisingly less dramatic than expected by historical standards. Investors are constantly evaluating global risks to determine what they feel is fair value for the investments they want to buy, sell or hold. These decisions are impacted by the many headline risks that we see each day, but during the third quarter there were four main catalysts that made investors hit the pause button.

1.    The debt ceiling
The debt ceiling is generally defined as amount of debt that the Treasury Department can issue to pay its already committed financial obligations.  Government spending in our country has been significantly higher than our revenue for quite some time – inevitably pushing our nation’s borrowing capacity up to the limit that we hear about every other year or so.  Since August 1, Treasury department officials have essentially shuffled funds around to meet the nation’s payment obligations — but Treasury Secretary Janet Yellen said the department will no longer be able to pay its debts when they come due on, or shortly after, October 18. Often described as a political game of chicken, the debt ceiling negotiations carried out in Congress have real effects on investors and asset pricing worldwide. This is because the yield on US treasury securities is viewed as the benchmark, or risk-free, rate for being the safest and most stable income producing investment available. That undoubtedly contributed to the equity volatility we experienced in September, with the ripple effect extending into bond markets as well.  Credit rating agencies such as S&P and Fitch threatened to downgrade the US Government debt rating if congress did not act fast to increase our debt ceiling.  October 18th is just around the corner, and we certainly cut it close this time around with a stopgap measure passed in early October to keep the government funded until December of this year.

2.    Jobs reports
The September payroll report likely created a lot more confusion than it did answers, with the unemployment claims data released in early October only further adding to the mystery. The data released seems almost contradictory in nature. It’s the tale of two different economies. On one hand, it seems we are all hearing stories that business that are struggling to find employees and that there are more open positions than number of people willing to work (a statistic we would expect to change with people going back to work – i.e. payroll numbers going up). On the other hand, we’re seeing new weekly unemployment claims drop precipitously, which traditionally would indicate that people are getting hired and going back to work. While these data points are far from perfect, the divergent trends certainly create some unknowns, mainly, where are the people? The U.S. Bureau of Labor Statistics continues to release uninspiring hiring data (which is different than unemployment claims numbers that are released weekly – these are actually people going back to work) – meaning many people are still at home.  Recent hiring information showed the US added 194,000 jobs in September.  While that may sound impressive, the average economist forecasted a gain of 500,000, according to Bloomberg, which means we missed the average projection by more than 60%.  This follows an even more meager August report, with the US having only added 131,000 jobs during the month. Many had forecasted that the expiration of federal and state unemployment benefits, which ended in early September, would have had a meaningful impact on the labor force, a prediction that has yet to pan out. What makes the points even more confusing is that unemployment fell to 4.8% in September and average hourly earnings increased by 4.6% year over year, statistics that would otherwise suggest a strong labor market, albeit not as strong as pre-pandemic unemployment rates which were at approximately 3.5%.
Statistics aside, what investors really want to know is how the Federal Reserve will react to this information as it weighs its decision on whether to raise interest rates.

3.    Fears of Inflation
Consumer prices increased for the sixth straight month ending in August, with headline CPI increasing 5.3% year-over-year. It is important to remember that inflation is not only normal, but expected, in a healthy and growing economy. Inflation itself is not the risk, but the manner in which it presents itself and the subsequent response from policymakers is what can drive volatility for investors. As is customary in the COVID recovery world, there have been several factors that make this a unique time in history. Worldwide supply chain issues have caused massive, albeit likely temporary, price increases in lumber and other building materials. These forces, coupled with labor shortages (in all areas from raw materials sourcing to manufacturing to distribution), have dramatically impacted short-term pricing, the effects of which are now being shown in inflation numbers. The larger risks prevail when inflation numbers move quicker than expectation, which may force central banks to intervene by raising rates quicker or more aggressively than previously communicated.

4.    Chinese property developer Evergrande defaulting
Chinese property developer Evergrande’s liquidity crisis sparked fear and resulted in selling in Chinese equities over the past several weeks. The big question being asked was could this be the first domino to fall, sparking a systemic risk scenario, similar to when Lehman Brothers went under 13 years ago?  As of mid-September, Evergrande had $300 billion in liabilities and only $15 billion in cash on hand.  They currently have 1,300 real estate projects in 280 cities in China and a default would undoubtedly be messy. “Although the impact from Evergrande’s liquidity crisis is enormous, the good news is the fallout hasn’t started to spill over to other markets,” explains LPL Financial Chief Market Strategist Ryan Detrick. “Short-term funding markets are acting just fine in China thus far; remember, it was the money markets in the U.S. that first started to show cracks in the system in early 2008, well before the wheels fell off.”  To that end, Chinese money markets are not showing any signs of risk, but we have a heightened awareness of what this could potentially do to emerging markets equities.

“Volatility is the price of admission,” explains Detrick. “Sure, we’d all prefer stocks go straight up forever, but that isn’t reality. Investors must learn to embrace and accept the eventual scares and bouts of volatility that are common, even in the strongest bull markets.”  The last all-time high for the S&P 500 was on September 2, but as of that date we had seen 54 all-time highs thus far in 2021 – the second most ever recorded through September 30th.  Typically, when we experience a significant number of new highs for the S&P during the first three quarters of the year, we also benefit from a positive equity returns in the fourth quarter as well.  Year-to-date, even despite the September pullback, the S&P 500 was still up almost 15% through Sept 30th.  When comparing to years with a similarly strong start, the fourth quarter was overwhelmingly positive.
Coming off the heels of such a drastic downward spiral caused by COVID-19 and the subsequent stellar recovery, it is easy to let our emotions run wild, however the data overwhelmingly suggests there is little need to worry.  Through all the noise in financial markets, we continue to have confidence in the opportunities available to investors – and remind them that patience and discipline are key to generating positive long-term investment outcomes.

The opinions voiced in this material are for general information only and are not intended to provide specific advice or recommendations for any individual. All performance referenced is historical and is no guarantee of future results. All indices are unmanaged and may not be invested into directly.
The economic forecasts set forth in this material may not develop as predicted and there can be no guarantee that strategies promoted will be successful.
All investing involves risk including the possible loss of principal. No strategy assures success or protects against loss.
The content is developed from sources believed to be providing accurate information.
Tracking: 1-05202189