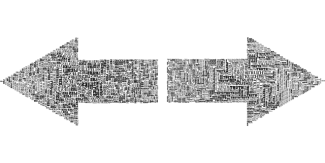 A Meeting With Governor Lamont

Polarizing viewpoints have made political topics a conversational powder keg, which is why I stay as neutral as Switzerland when it comes up in a friendly discussion. This is quite challenging at the national level (for the obvious reasons), but as a Connecticut resident it is even harder to appear agnostic as budget deficits, underfunded retirement obligations, lob loss, population decline, high taxes, crumbling infrastructure and debt service costs have thrown our state economics into a seemingly unrecoverable tailspin (again – just stating facts…). In my line of work, these are hot topics of conversation. Which is why I could not turn down the opportunity to sit in traffic for an hour on 95 to be a participant of Governor Lamont’s Financial Services Roundtable event in Stamford.

As part of my professional development and commitment to the work that we do here in our office, I have been an active board member of the Financial Planning Association (FPA) for the past few years. Much of what we do on the Board may seem somewhat mundane, but the position has created some unique opportunities that I’ve been fortunate to take part in. Most recently, the FPA was contacted by Governor Lamont’s team requesting that a handful of planners from around the state represent our profession and (most importantly) our clients at an event dubbed the “Financial Services Roundtable.” The purpose of the event was to connect with advisors who work with clients on main street and solicit their feedback as to what we are hearing in our conference rooms and how we can help to rewrite the narrative of Connecticut. I’ll admit – it was a bit ideological.

The event itself was less than intimate, with multiple different financial and legal disciplines represented and about 50 people in attendance, but fortunately it was not the dog-and-pony show many of us were expecting as the press was not invited to attend. This meant we could have some candid conversation and ask the questions that you as our clients want to know the answers to. Governor Lamont and Department of Economic Development Chair David Lehman fielded a litany of questions about the many things that are plaguing all of us here in Connecticut. As expected, there were questions about taxes of all types (income, estate, sales, gas, property, etc.), tolls, infrastructure, transportation, traffic and political gridlock.  We talked about state spending and debt levels, population decline and the departure of some of CT’s formerly marquee employers (notably GE). The attendees did not hold back, and it was refreshing to see that the state’s leadership was also frustrated with the lack of progress here in CT when compared to our peers.

As with any sort of recovery program, the first step is admitting that there is a problem – which both the Governor and David Lehman did within 10 seconds in their opening remarks. We may all differ on how to overcome the many challenges that CT is faced with, but at least we all agree that building on the sins of the past cannot be the framework for our new way forward. The success of this administration will not be judged for years, and all we can do is hope that forward progress is made to right the ship. As someone that is invested in Connecticut as a business owner, parent and advisor, I have no choice but to be optimistic.

After bashing Connecticut for most of this, I want to end on a high note. There is much to love about our state, especially this time of year. I was reminded of this over the weekend, driving down Route 146 just after sunrise. The leaves were a bouquet of yellows, oranges and reds. The air was brisk; it was quiet, serene and stunningly beautiful. You can’t beat the change of seasons in Connecticut. If that’s not enough to make you second guess leaving, then go try a slice of pizza in Florida and tell me you won’t come crawling back to New Haven with your tail between your legs!